Across the nation, agencies and communities providing housing and services to homeless families and individuals with federal HUD funding are beginning the annual ritual referred to as the SuperNOFA.  This is not some astrological event.  Rather, it is the funding equivalent of a cross between the Hunger Games and Survivor.  Agencies receiving HUD homelessness funding are required to compete with each other to renew their grants for permanent supportive housing, transitional housing, rapid re-housing or other programs.  The losers will be defunded and “voted off the island.”

While competition for funding can be beneficial to ensure that the most worthy projects having the greatest outcomes housing the homeless are funded, the NOFA (Notice of Funding Availability) is structured in such a complex and convoluted way that it traumatizes not only agencies serving the homeless, but the very people the funding is designed to help — formerly homeless families and individuals who are currently residing in supportive housing funded by these grants.

The funding process requires local “continuum of care” entities designated by HUD to hold local competitions for new and renewal projects serving the homeless, and submit a collaborative application which ranks projects based on HUD and locally determined criteria.  The collaborative applications are then ranked by HUD, and projects prioritized by the local continua will be funded or not based on how HUD has ranked their continuum and how the continuum has ranked the project.

The process involves a three month scramble that starts with reading and understanding an 83 page NOFA issued by HUD which changes each year, the issuance of local continuum processes involving scoring matrices and priorities, the writing of new and renewal applications, the ranking of those applications by the local continua, and the submission of the collaborative application to HUD with ranking of local projects.

Thus, half of each year, agencies housing the homeless with federal funding are working on getting their grants renewed or worried about the prospects of their grants not being renewed.

This might be chalked up to just the “cost of doing business” if it were not for the fact that the final funding decisions are really not about which agencies are funded and not funded, but whether the families and individuals being housed through these programs will continue to be housed or not.  Indeed, the non-renewal of homeless housing by HUD over the past ten years has led to significant reoccurrence of homelessness by thousands of people previously housed in HUD funded programs.

Simply put, families and individuals housed in supportive housing programs funded by HUD should not have their continued housing put at risk for the sake of HUD managing a competitive renewal process.

HUD initially created a two tiered ranking system in 2012, when congressional appropriations for the program were significantly cut through the process known as Sequestration.  However, HUD has continued to use the two tiered ranking even though funding in the past few fiscal years has been sufficient to fund all renewal projects.

A yearly national competition for funding might be justified if there were significant funding for new projects each year.  However, the vast majority of HUD funding is needed just to renew existing projects housing formerly homeless persons.  In the 2018 competition, 91.3% of projects funded were renewal projects, with only 5.8% ($126 million) being new housing or service projects.  Of these 71% of renewals (totaling $2 billion) were for permanent supportive housing – applications to keep those who were housed through those projects remain housed.

There is no other funding process in the federal government that places the housing or services of people in need at risk through a competitive renewal process.  Can you imagine if HUD required Public Housing Authorities housing millions of people through public housing or Section 8 housing choice vouchers to annually compete to continue to receive such funding and keep those currently housed from losing their housing?

To make matters even worse, HUD has devised scoring criteria for the national competition that penalizes communities that are experiencing an increase in homelessness due to factors outside of their control.  For example, they provide incentive points for continua that demonstrate an overall reduction of at least 5% in the number of people experiencing homelessness, and for demonstrating a reduction of “first time homeless”.  Similarly, they provide incentive points to continua that demonstrate a reduction in the length of time people remain homeless, demonstrate a decrease of 5% of chronically homeless persons, or a decrease in family homelessness, and for a reduction in the number of homeless veterans.

While there is certainly merit in rewarding communities for improving outcomes, penalizing communities that are struggling with increased homelessness due to affordable housing shortages, increased population, decreased employment opportunities, and other factors out of their control is not only counterproductive, it exacerbates the problem by reducing the very resources these communities need to reduce homelessness.

In what world would it make sense for the Center for Disease Control to reduce its assistance to communities for treating HIV-AIDS or TB because there were more people in those communities needing such treatment?”  That is essentially what HUD is doing in its scoring process.

To truly help communities reduce and end homeless, significantly more federal funding is needed to help leverage state, local and community efforts.  To rely on only 5.8% of funding to provide new housing for people currently on the streets will not end homelessness.

Congress authorized in the HEARTH Act of 2009 that funding to renew permanent supportive housing be funded through the Section 8 Appropriations Fund rather than through the more limited homeless assistance funding.  HUD has refused to implement this change.  Doing so now would free up over $1 billion dollars of funding to target the newly homeless.

Finally, Congress must restore affordable housing funding across the board to levels necessary so that those experiencing homelessness are not continually competing for limited housing with those living at risk of homelessness and those working at minimum wage jobs.

The time to act is now.

The Longest Period of Growing Homelessness In the History of the United States
Many of us providing services in the early 1980’s to people experiencing homelessness warned our political leaders and faith community that if we didn’t make structural changes, we would be in the mess we are in today.

Yet in 2017 media and society continue to blame people for becoming homeless.

In reality, over 1/3 of our country is 1 to 3 paychecks away from not making rent or mortgage payments, and 50% of our American population has a mental health and/or chemical health issue.

We are all responsible for the moral and structural causes of homelessness in our country. Here are the ten primary reasons why people are becoming homeless today:

We need to decide:

make the structural changes needed to bring our community, state and nation home and live out our pledge to be One Nation, Under God, with Liberty and Justice For All! 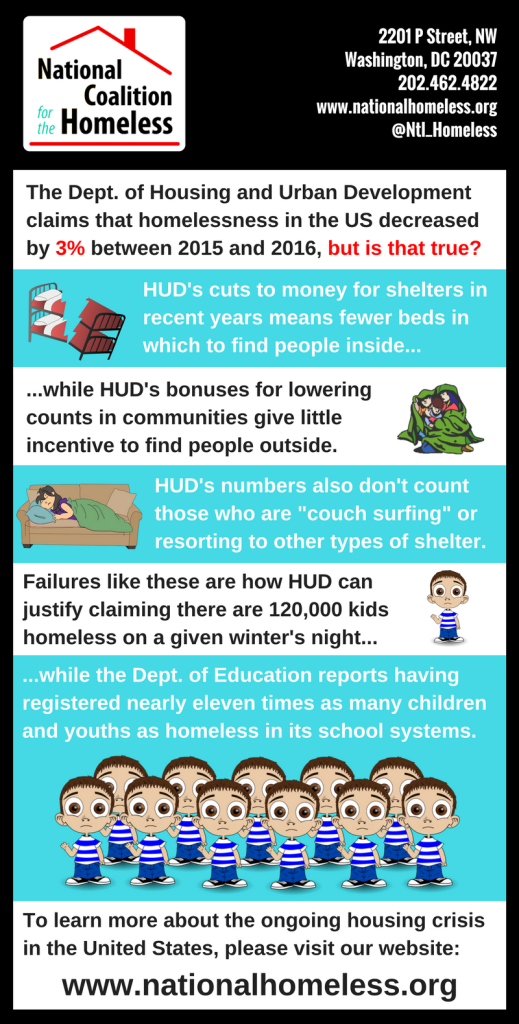